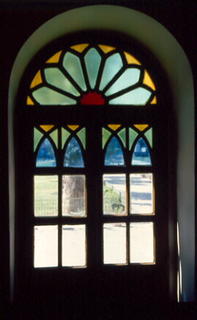 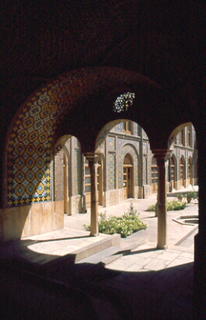 The hotel has stopped serving ice cubes for my drink and people are talking a bit more about the water problems. Last week people joked that it was a consequence of the new Iranian President's socks, but now things are a bit more cautious or serious. Of all the occasions I choose to pack light. I haven't had any problems with the food or my stomach, however.

On the weekend I went to Golestan Palace, which has been the home to many Iranian and Persian kings over the years. It was a spectacular building but it has obviously seen better days and is in dire need of some attention and maintenance. Ironically enough, I saw the Palace as one of many sights to visit in a commercial for Iranian tourism that has been on BBC for the last few days. I suspect that this ad is only airing in this region, especially with international relations being the way they are. There hasn't been too much talk about the situation in the classroom, though when I told the class that they would have a final project on alternative energy sources, one of the students said, jokingly I hope, "But you won't let us use it." This of course was a reference to the nuclear plant.

Getting back to the palace, and tourism, it was a very nice building but it could use a bit of attention from either people here in the country or some international sources, namely UNESCO who would be responsible for giving it or other more worthy places in the country World Heritage designation and allow it to survive a little longer.
Posted by PH at 8:10 AM